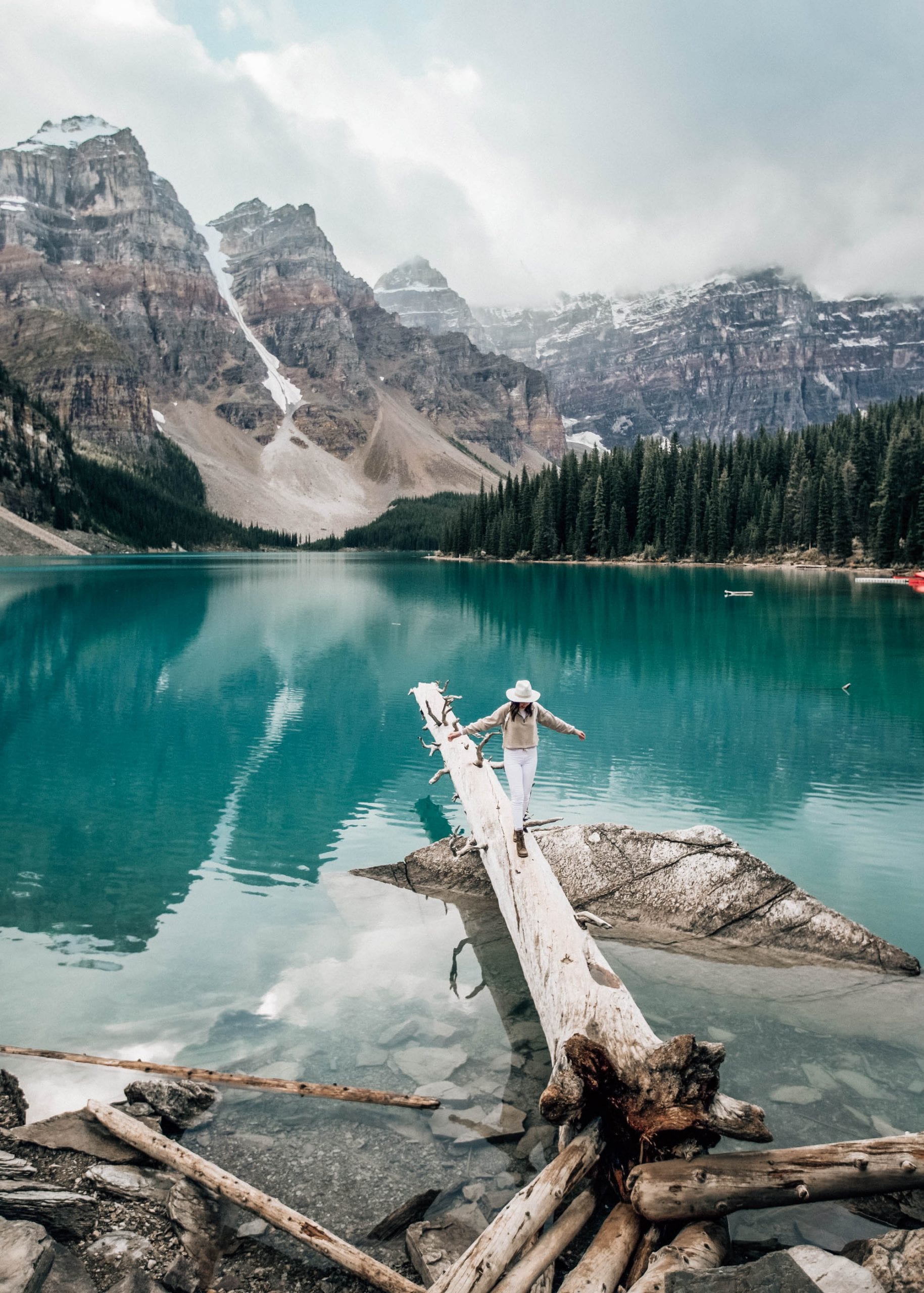 The other day as I was driving back from the airport, I realized that it was probably my last time for a while I’d be driving my car. With our recent move to NYC last weekend, we made the decision to leave our cars in NC and most likely sell them pretty soon. It wasn’t a hard decision for us to make as most people in NYC don’t have cars (and if they do, they pay a hefty price for parking monthly) but with walking, the subway system, and taxis/Ubers/Lyfts, I’m actually excited to leave our cars behind.

Anyways, on that drive back from the airport, I found myself feeling so happy and thankful. NOT because we were getting rid of our cars to embark on a new adventure but because I realized that it had been 10 months since I had experienced a panic attack in my car. It was such a strong sense of happiness that I felt like I needed to share about it on my Instagram story right then and there, so I did. Then I was surprised to get at least 50 messages from other people who had experienced the exact same thing… panic attacks while driving.

I think most people who experience these can agree that it is NOT panicking about driving… it becomes panicking ABOUT panicking while driving. The thought of passing out and losing control of the car while going 65 down the interstate became my biggest fear. For me, these started to occur the year I was getting married. I remember driving down to Charleston, SC for our wedding in 2017 and I would start to get sweaty, dizzy, and thought I was going to pass out so I pulled over at the nearest rest area. I thought that our wedding was giving me anxiety (which I’m sure it did) but even after our wedding, I noticed it would happen at red lights in intersections on my morning drives to work. All of sudden, I would feel my head getting dizzy and then I’d go in full on panic-mode… roll down the windows or blast the AC, turn up music, anything to get my mind on something else. Unfortunately, these panic attacks started to spread into other areas of my life… meetings at work in conference rooms, meeting friends for coffee, sitting at restaurants, even just walking around Target or the grocery store. Driving over bridges was pretty bad too. My biggest fear seriously became: having a panic attack and fainting in public. But I would say that they were the worst when driving because, clearly, it would be disastrous IF I were to lose consciousness while driving. But out of all 100 or so panic attacks in my life, I never ONCE actually passed out while driving. So what was my problem and why did I have this irrational fear?!?

I knew this started to affect the quality of my life when friends would ask to meet me for coffee and my first thought was “but this means I’m going to have to drive there and I’m going to have a panic attack”. To those who have never experienced anxiety at this level probably think this entire post sounds SO irrational and crazy but I know there are people out there who have felt this same way and I’m writing this post for them. After a few cancelled plans, I started to get down about the whole thing. Anxiety was taking over my life and I wasn’t living fully. That is when I knew I had to figure out a way to overcome this. I started doing research on my own and I felt like the word “anxiety” just didn’t even compare to what I was experiencing. I felt like I had a full-on panic disorder and I needed it to GO. I came up with a plan to try EVERYTHING I could to get back to normal when driving used to be relaxing and therapeutic for me. At that point, medication was the last resort on my list of things to try.

First, I found a therapist to go talk to. If you’ve never been to a therapist, I highly recommend it. I will say, I only went to a therapist once, twice (two different therapists, once). That sounds really confusing but I never could find a therapist who I felt really understood what I was dealing with. I limited my therapist/counselor searches to be within a 5 mile radius from me though (because I didn’t want to drive far, obv.) so I know I was really limiting myself but I just didn’t want to panic about anything else. It’s crazy how much better and calmer you can feel after talking to someone about your issues for like 30 minutes straight. Highly recommend. After both of my therapy sessions, I drove home feeling calm AF. I felt like speaking with a therapist helped me A LOT short-term.

In addition to the few times I went to a therapist/counselor, I focused on exercising first thing in the morning, eating real/non-processed foods, drinking A LOT of water, and limiting my sugar and caffeine intake. I also noticed that on weeks I’d go to church, it would be better. I also had a few coping mechanisms that helped me when driving: giving myself some grace and knowing it was OK if I took the backroads and avoided highways if needed (honestly, I took an uber to a lunch meeting once.. yolo), driving in the right lane, listening to fun/random and entertaining podcasts like Kaitlyn Bristowe’s or other Bachelor people’s podcast… lol. I’m usually a productivity or health podcast listener but I realized that what my brain needed in that moment was just something totally random, funny, and carefree to get my mind somewhere else. Also, listening to throwback 2000’s music would help me a lot. I created a playlist I could go to for when I’d feel a panic attack coming on. Just picture a girl driving across a massive bridge BLASTING “Dem Franchize Boyz” trying not to pass out… that was me. That was my life. Of course, rolling windows down, putting AC on high also helped. CBD oil started to become popular during this time too and I’ll tell you, that really did help! If you haven’t tried CBD oil, I highly recommend it, but make sure to find the best quality brands.

After about a year and a half of living with this though, I had had enough. I felt like I was trying everything and it wasn’t 100% gone. CBD oil definitely would help but it wasn’t 100% for me. That’s when I decided to go see a doctor. I was always very anti-medication, if possible. Growing up, my sisters and I never took any medication unless we were sick. Before this last trip to the doctor, I had seen a couple of doctors who prescribed me various medications for anxiety but I was always too afraid to actually go get the prescription filled. The prescription just collected dust or stayed crumbled up at the bottom of my purse. BUT, last April, I felt like it was causing borderline-depression so I had a doctor write me a prescription for the smallest possible dose of Lexapro. This medication takes 6 weeks or so to reach it’s maximum efficacy but even after 1 week, I was feeling a difference. I don’t want you to rush out and go ask your doctor for Lexapro, but, for the first time in my life I felt like I was living life fully and living life like a normal non-anxious person. I feel like it was the best decision I have ever made for my overall health and I am so, so thankful for it. I haven’t experienced any panic attacks at all while driving, I’ve been able to go on stage in front of very large audiences for speaking events staying cool as a cucumber, meet up with friends and grow relationships without panicking about panicking, and I just can’t even explain how thankful I am. I don’t know if I’ll stop taking it anytime soon but, for now, I feel like my brain has been reset back to normal. The science is complicated and I am not a doctor but I feel like my brain was very chemically unbalanced. Everyone is different and different things work for different people so I just wanted to share what has worked for ME and have this post make you realize that you are not alone and that the struggles you are facing are not permanent. I thought I was going to experience panic attacks for the rest of my life and I haven’t had one since April. About anything. And I’ve experienced QUITE a lot of major life changes lately. I still worry about things that are truly concerning but as far as worrying about irrational things that probably aren’t going to happen, I’ve completely stopped doing that.

So, hopefully you don’t feel alone in whatever you are struggling with! The beautiful thing about the internet and social media is that you can find others who are dealing with the same things you are dealing with in life. If you have any questions, let me know, but I encourage you to at least book an appointment with a therapist or doctor if you haven’t before! It could potentially make a huge difference.